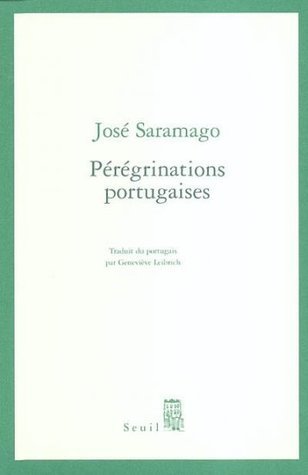 When José Saramago decided to write a book about Portugal some twenty years ago, his only desire was that it be unlike all other books on the subject, and in this he certainly has succeeded. Recording the events and observations of a journey across the length and breadth of the country that he loves dearly, this travelogue brings Portugal to life as only a writer of Saramago's brilliance can. Forfeiting sources of information such as tourist guides and road maps, he scours the country with the eyes and ears of an observer fascinated by the ancient myths and history of his people. Whether an inaccessible medieval fortress set on a cliff, a wayside chapel thick with cobwebs, or a grand mansion in the city, the extraordinary places of this land come alive with the kings, warriors, painters, explorers, writers, saints, and sinners who have fed its rich store of myth and history. Always meticulously attentive to those elements of ancient Portugal that persist today, he examines the country in its current period of rapid transition and growth.

Infused with the tenderness and intelligence that have become familiar to his readers, Saramago's Journey to Portugal is an ode of love for a country and its rich traditions.

About the Author
José Saramago was born in Portugal in 1922. His work includes plays, poetry, short stories, nonfiction, and seven novels, including Baltasar and Blimunda and The History of the Seige of Lisbon. In 1998 he was awarded the Nobel Prize for Literature.

Nick Caistor, journalist and producer of BBC programs, has translated the work of several authors including Eduardo Mendoza and Juan Carlos Onetti.